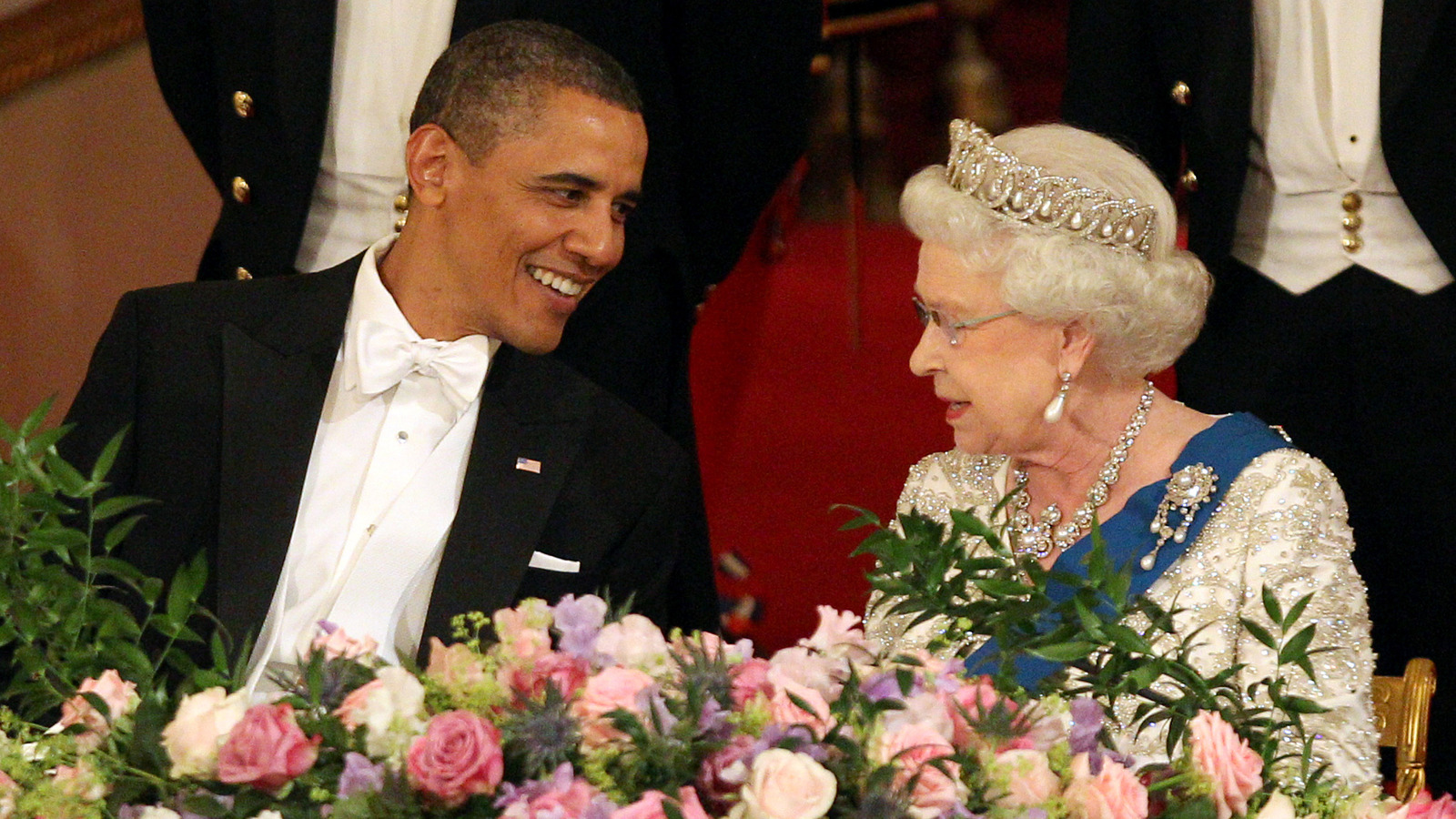 Barack Obama shared his condolences, along with those of former first lady Michelle Obama, in a statement issued to social media following Queen Elizabeth II’s death. He wrote, in part, “Like so many of you, Michelle and I are grateful to have witnessed Her Majesty’s dedicated leadership, and we are awed by her legacy of tireless, dignified public service. Our thoughts are with her family and the people of the United Kingdom at this difficult time,” via Twitter.

Queen Elizabeth is thought to have bonded with Michelle for an unexpected reason. As the former first lady revealed in her autobiography, both she and the queen had confessed to each other that their feet were hurting during a public event. She described this interaction between the powerful pair as “just two tired ladies oppressed by our shoes,” per Harper’s Bazaar. That discussion might have been followed by the hug that shook the establishment because it broke with protocol, via Town & Country, but the former first lady said she felt the monarch was okay with it. As Michelle explained, she said the queen had only pulled closer, allowing both women to share a moment that was very human indeed (per Harper’s Bazaar).