So it’s no surprise that he has inspired several webtoon characters.

Speaking of webtoons, remember when a popular cartoonist was asked which boy band idol he would like to base his webtoon main character off of and he said Seokjin? His face and build are a dream! #SuperTuna_Jin #Your_Jin #BTSJRAIN #BTS @BTS_twt pic.twitter.com/S0OepjL6U0

Most famously, he is the alleged inspiration behind it True beauty‘s male lead Suho…

He has also had many Webtoon characters explicitly modeled after him with BTS’s Webtoons WE ON: BE SHIELDED, SAVE ME, and latest, 7 FATE: CHAKHO.

With the latter’s release, ARMYs were conflicted about whether the characters resembled the members.

I don’t know what the webtoon is trying to do… they use BTS for the promo but the character names are different and the actual drawings don’t look like them? 😅 I guess we’ll have to find out

these character designs are great! but I don’t think it feels like BTS?? also i think the save me webtoon did a better job of making them look like the members

Jin’s most notable features are his thick eyebrows and large lips. and once you remove these elements from his design, he starts to look like a completely different person! that’s why i think his save me design hit so well pic.twitter.com/5tCi8j51H7

Still, everyone agreed he was handsome AF, and many admitted to swooning over the character, Hwan.

#HWAN character description: He had a slim face and hazel eyes as well as a sharp nose and plush red lips.

I simp too #Hwan . goodbye 👋 pic.twitter.com/66w2NGATuz

Now Jin proves how much he and Hwan really look alike!

On September 11, Jin traveled from South Korea to Los Angeles, California, presumably to work on his solo album KSJ1. 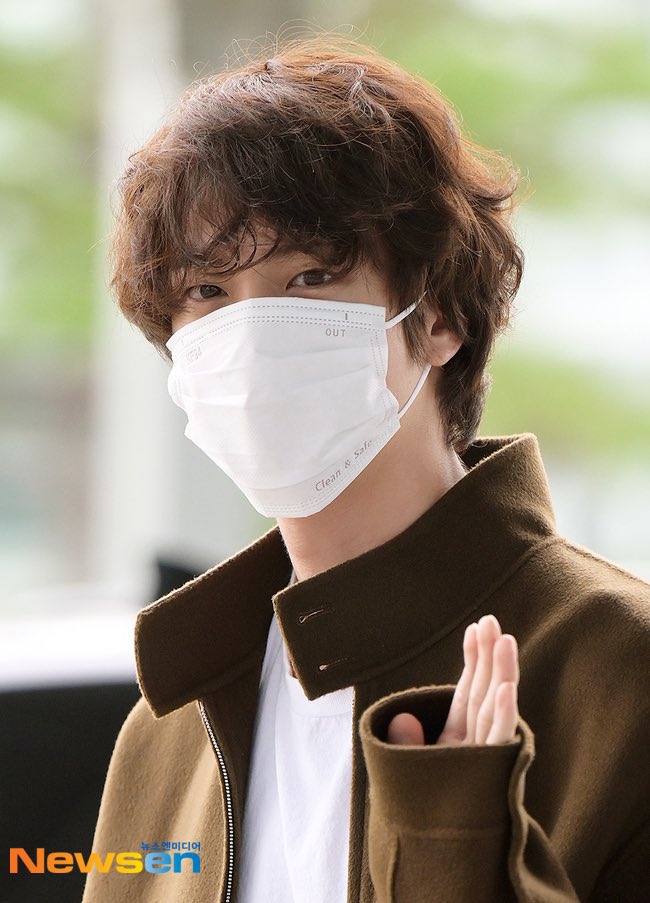 ARMIES were in awe of Jin’s new look. He showed off his soft auburn hair.

Some wondered what the new style reminded them of, only to realize it was technically Jin himself!

Some even suggested that Jin looks like the main character in yet another webtoon. Could Jin possibly bring to life Under the oak tree‘s Riftan Calypse if ever adapted into K-Drama?

Seokjin’s aura and his protagonist/protagonist halo is astounding. He looks like he’s straight out of a webtoon!!

HAVE A SAFE FLIGHT JIN 🐺 pic.twitter.com/lyyf5LgVXC

Jin’s pictures are really no joke. He is so handsome that he really is a webtoon character come to life.