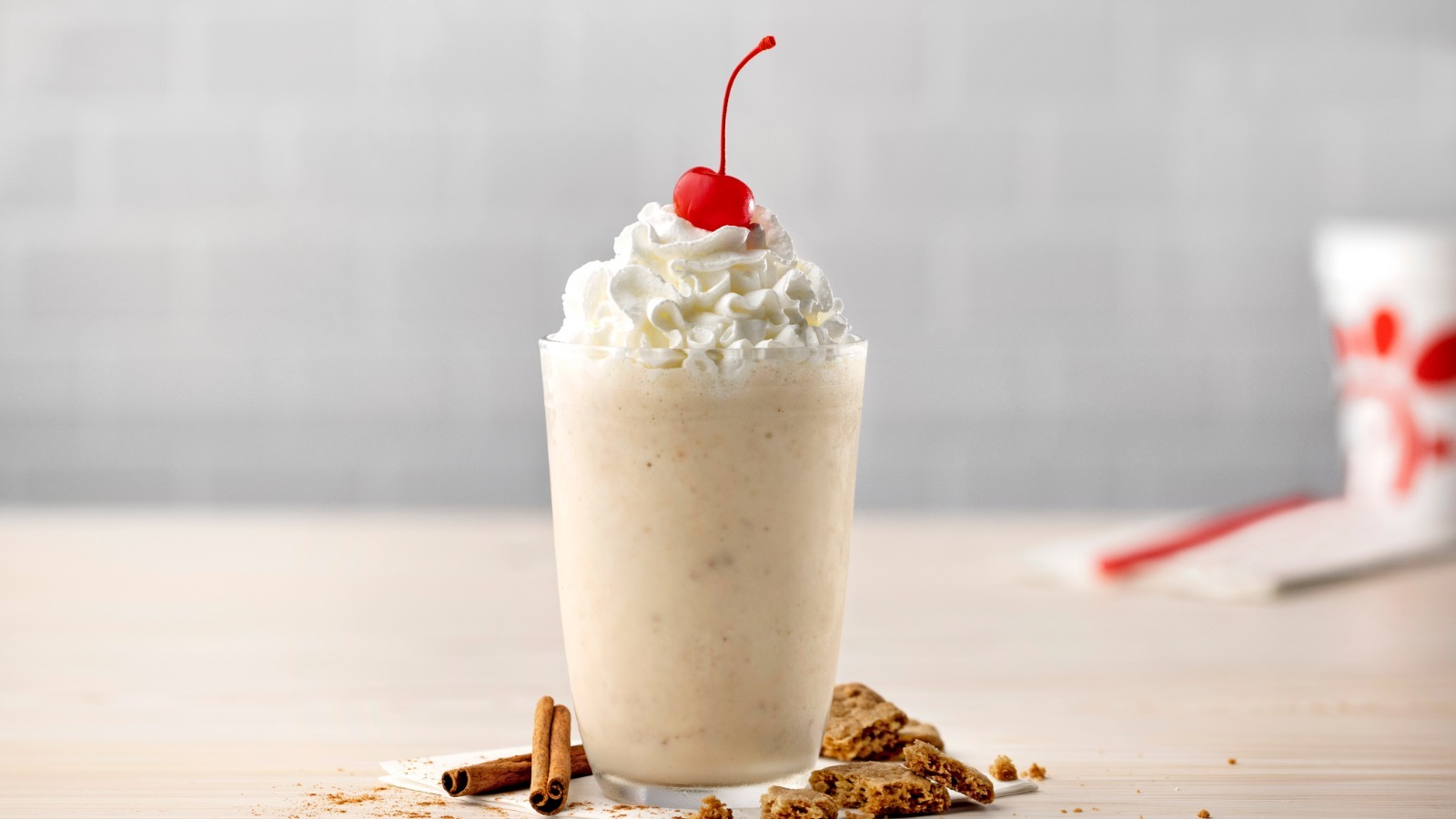 From September 12 to November 12, Chick-fil-A will be serving its new Autumn Spice Milkshake, per PR Newswire. It’s made of handspun vanilla ice cream with cinnamon and brown sugar cookie pieces, topped with whipped cream and a cherry. The decision to release the milkshake this year comes after a test run in Salt Lake City in October 2021 created an “overwhelming amount of positive feedback,” according to director of menu and packaging Leslie Neslage. According to a press release, the famed fast food restaurant has been quiet when it comes to milkshakes lately. “It’s been four years since we’ve introduced a new milkshake flavor to our customers,” Chick-fil-A menu development team’s Beth Hefner said.

One Redditor, it seems, just couldn’t wait to find out what people thought of the new milkshake. “Has anyone had it and what is your opinion on the taste?” they wrote. One comment read, “I tried it yesterday and it was much better than I expected.” They also described it as “smooth” and “delicious.” Another Redditor, however, didn’t feel the same. “Not the worst thing ever but I wouldn’t order it again,” they wrote. It looks like OP will just have to try it themselves.

Next Post (n) Who will succeed the Queen and will Prince Charles be king? - USA-TECHNEWS