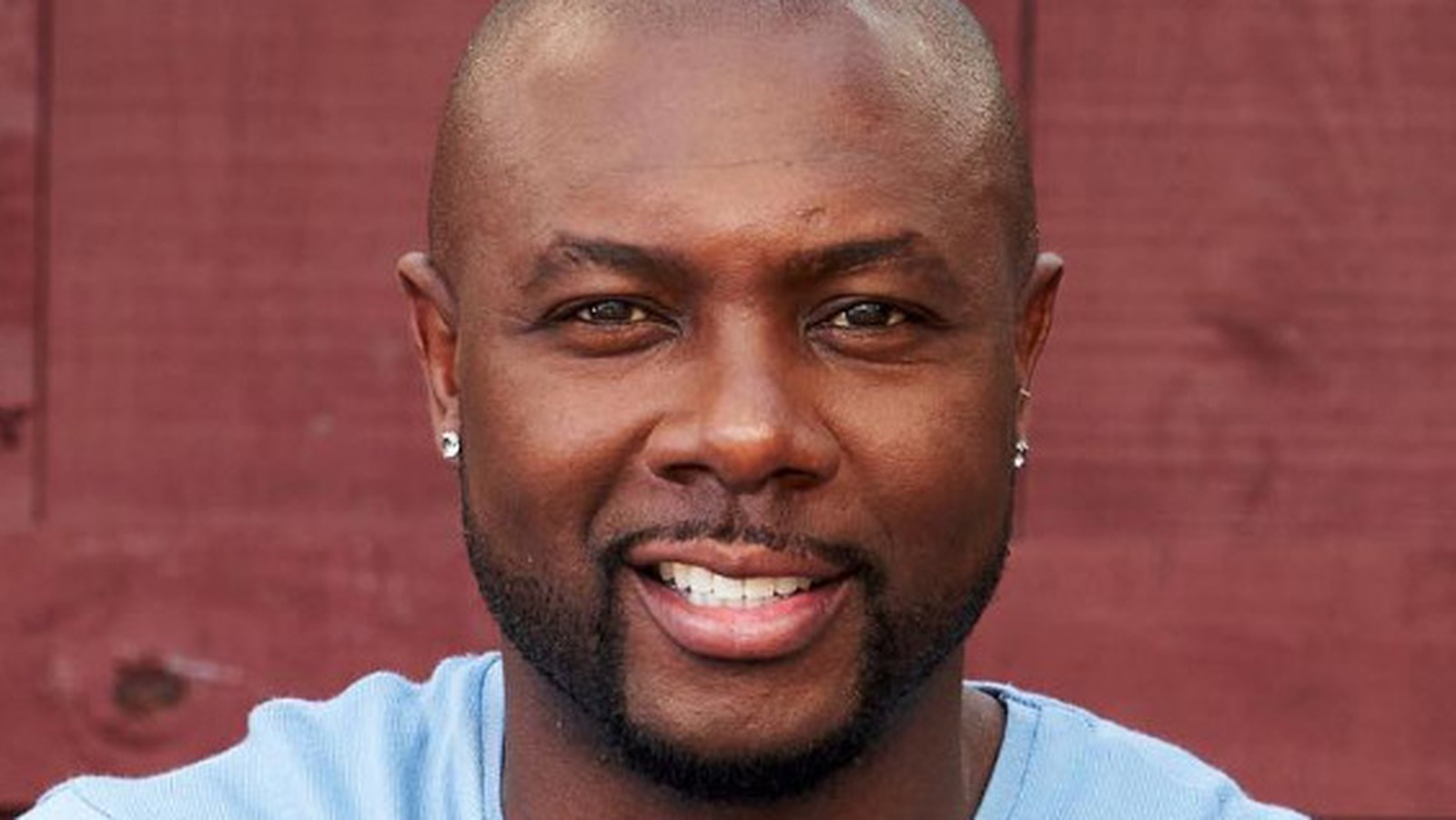 I’ve been around cooking my whole life. My grandmothers were chefs growing up, so [when] I was five years old, that’s when I started cooking, making biscuits with my grandmother. That’s truly when I fell in love with food.

Do you have formal cooking training?

I didn’t go to culinary school, so to speak. I’ve been cooking all my life, I like to say, and all of my family members are cooks. Everything that I’ve done has been trial-and-error. I’ve learned on-the-go, and … I’m 41, and I’ve been cooking professionally since I was about 25. I got about 16 years under my belt, so the School of Hard Knocks is how I learned how to cook.

How did you go from being an NFL star and decided to completely switch gears and become a chef?

It’s really not that I switched gears, it’s that one chapter of my life closed, and I moved on to something else that I love. Sports was my first love, and food was after that. Once I finished playing football, I was like, “All right. What do I want to do now with food?” That’s what else I love, and that’s what I did, try to figure out exactly what I wanted to do with food.

Do you see similarities between being a chef and a professional football player?

There is a lot of similarities, especially the route that I took to become this “celebrity chef” on TV. I competed in “Food Network Star” seven years ago, which I won, and that was a very tough competition where I was there for about [11] weeks. Ultimately, I won because I was able to overcome so many obstacles throughout that competition.

Some weeks, I would do really bad, go back, get coaching from Bobby Flay and Giada [De Laurentiis], and then come back the next week and do those things better and learn from my mistakes same way that I would if I was playing a football season. [We] can’t keep making the same mistakes, or we’re going to always lose the game. That mentality is what ultimately got me to win “Food Network Star.”