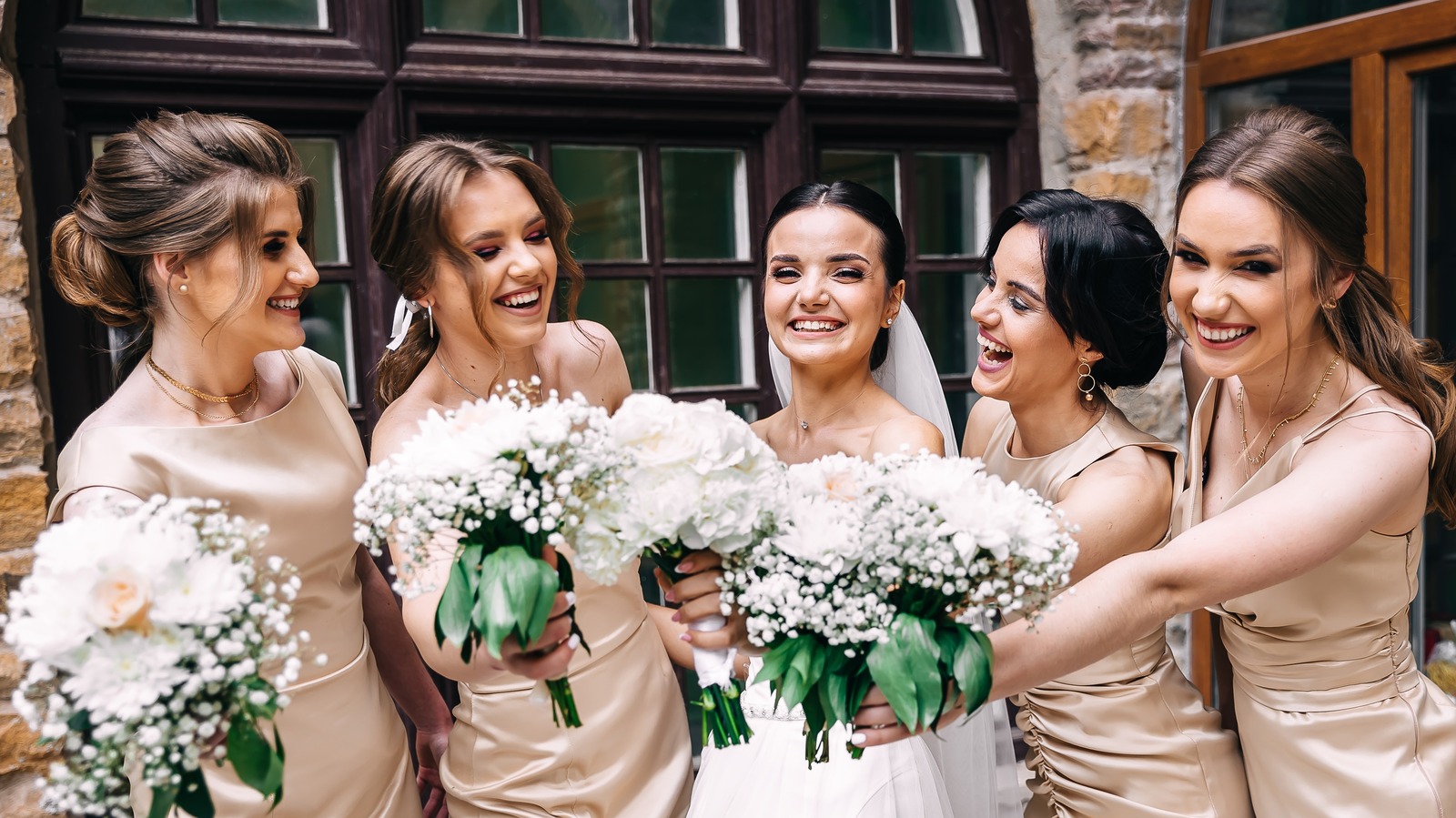 We’re starting off with arguably the most famous person on this list — Taylor Swift. Yes, you read that right. In 2016, the superstar singer was the maid of honor for friend Britany Maack (via Brides). Traveling back home to her childhood state of Pennsylvania for the ceremony, Swift gave a maid of honor speech at the reception, too. She wore a beautiful and delicate baby pink Reem Acra gown for the ceremony (via Vogue). Though that was the first time she was maid of honor, Swift has been a bridesmaid on a few other occasions, notably for Lena Dunham and close childhood friend Abigail Anderson.

Another famous maid of honor is Hailey Bieber, who stepped in to fill the role at her sister Alaia Baldwin’s wedding and looked stunning in a sleek black gown with a plunging neckline (via Vogue). Speaking of Bieber, Justin Bieber’s ex, Selena Gomez, was also a maid of honor for her cousin Priscilla DeLeon. The singer and actress looked spectacular in a black dress with a Bardot neckline and classic black heels.

Next Post (n) 12 Most Disturbing Scenes In Fight Club Ranked