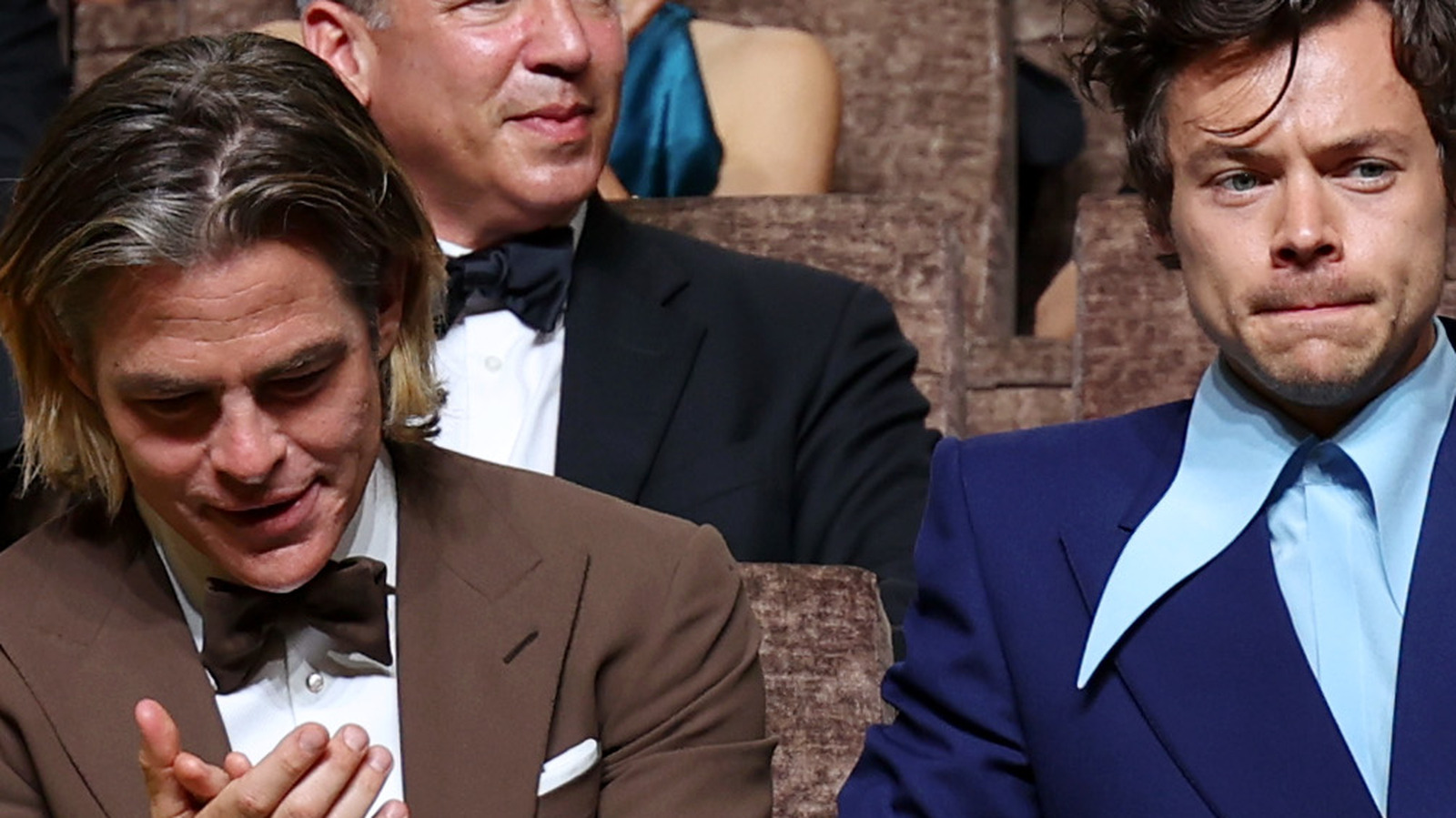 After the “Don’t Worry Darling” premiere in Venice, Italy over the Labor Day long weekend, Harry Styles quickly flew back to New York City to resume his Love On Tour. On September 7, before an adoring crowd at Madison Square Gardens, he addressed the supposed “Spit Gate” between him and Chris Pine. Luckily, in true Styles fashion, he turned it into a cheeky joke.

“This is our 10th show at Madison Square Garden,” he began. “It’s wonderful, wonderful, wonderful to be back in New York. I just popped very quickly to Venice to spit on Chris Pine.” Cue the audience roaring with applause and laughter. Even the “Sign of the Times” singer started to giggle at the mere notion of it. Then, with a big smile, he added, “But fret not, we’re back!”

This is the first time Styles has publicly addressed the viral controversy, but on September 6, sources close to his camp denied to The Guardian any loogie had ever left his million-dollar lips. “This is not true,” an insider told the outlet. However, TMZ reported that a person from Pine’s circle told the outlet that the spitting actually did take place. We’re starting to get the impression that Olivia Wilde should just change the name of her headline-grabbing movie to “Worry, Darling.”