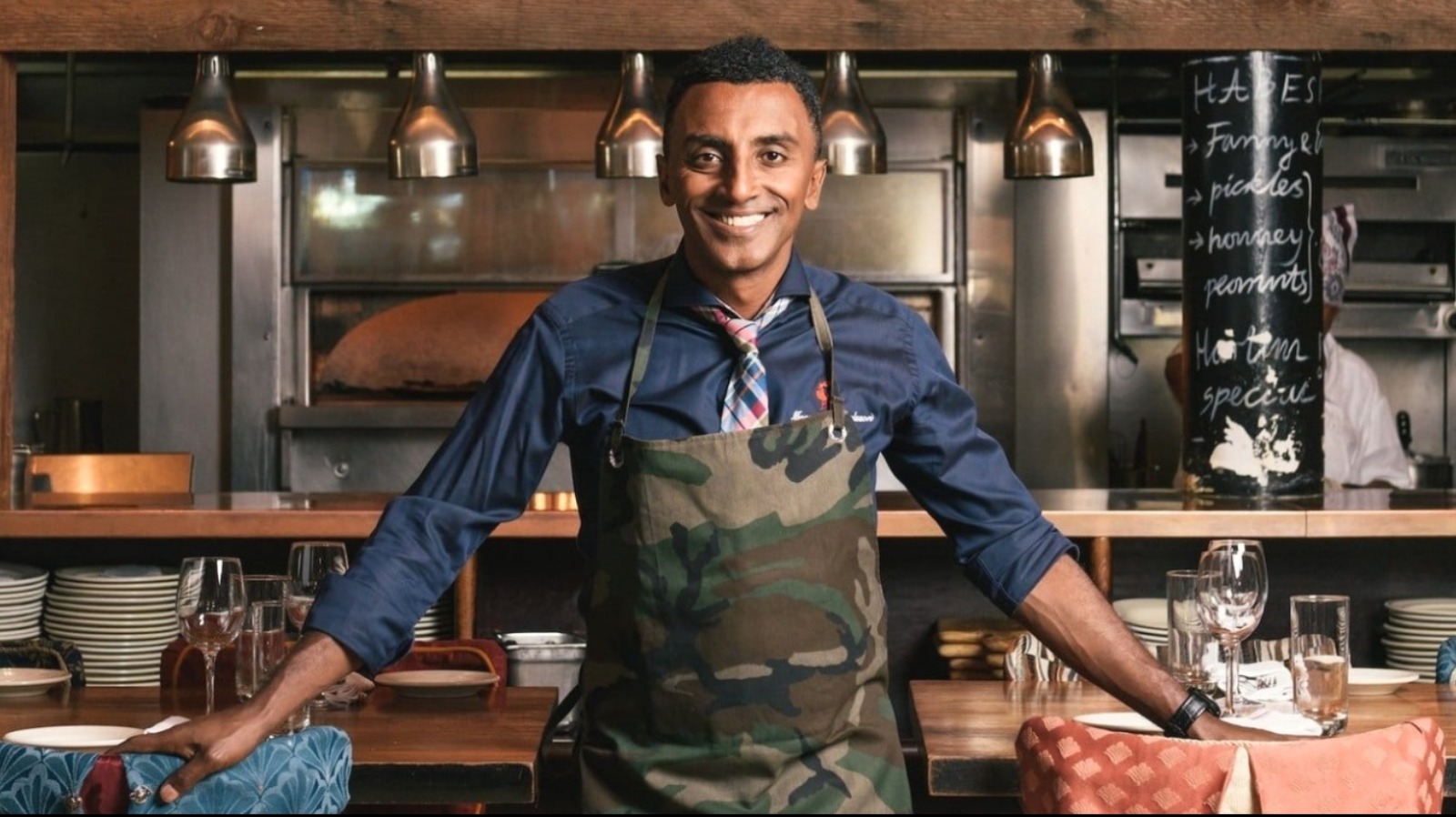 Red Rooster is the first introduction many diners have had to Marcus Samuelsson. The now-iconic Harlem spot has been a bustling and vibrant part of the neighborhood since it opened in 2010, according to the New York Times.

Red Rooster notes that this is a restaurant that proudly pays homage to the long-gone speakeasies of Harlem. So it’s no surprise that it has a menu full of soul food favorites such as deviled eggs, cornbread, chicken and waffles, and catfish. Samuelsson has even opened an additional outpost of Red Rooster in London.

There are some gems on the menu, which help to catapult Red Rooster from good to really good. The deviled eggs, with a po’ boy hummus, caper berries, chives, and onions, are a Google reviewer favorite with one diner, who calls them “insanely good.” You’ll definitely be pleased with almost anything you order at Red Rooster, but maybe not wowed. As The Infatuation points out, you come to Red Rooster for the vibe, not the food.