Rafael Nadal was eliminated in the fourth round of US Open 2022 by a great performance by the young American star Frances Tiafoe, winning in 4 sets. However, one detail of the fight has not escaped the cameras and has gone viral on the internet.

Nadal, in the third set with the American at 5-3 up, gave up mid-game to play a point that was virtually lost, turning his back on the court and his opponent and going for his towel, leaving the crowd speechless.

Nadal was forced to hit a defensive lob after being moved to the backhand side by Tiafoe, and as soon as he hit the ball he knew he wasn’t going to win the point. Although his shot went over the net, Nadal turned his back on the court and just went for the towel.

the crowd in attendance gasped that Nadal had given up. Although in the ninth Nadal had a long chance to win the point, many were shocked that he would simply walk away rather than fight to the end and give Tiafoe the win. Tennis writer Yasmin Syed tweeted: “Maybe the first time in my life I’ve seen Nadal give up a point? Understandably so.” 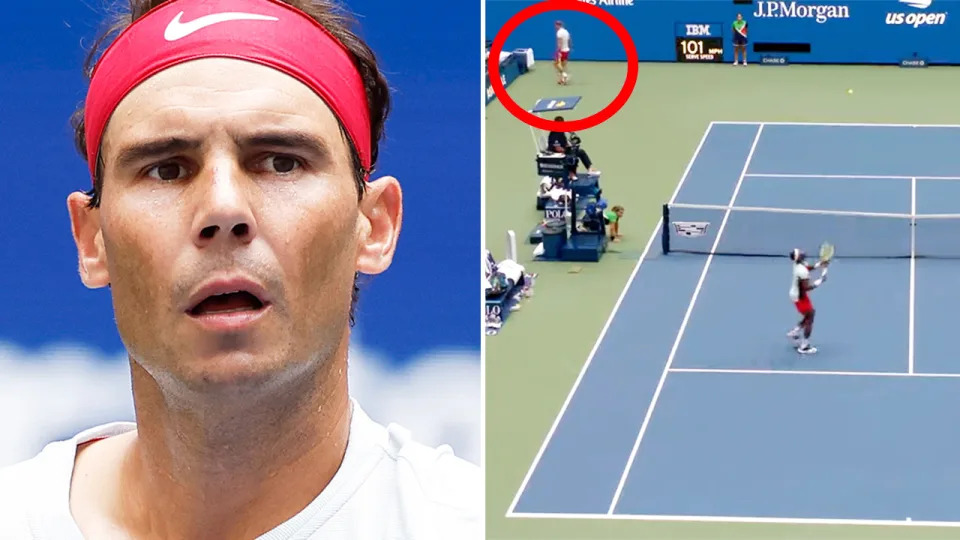 Under the lights of New York and the roar of the biggest court of all, the American is playing the game of his life, yes, but he is also putting an end to Rafa Nadal’s run towards the twenty-third Grand Slam and the number one ranking.

Or rather, he individually subscribes to the list of players capable of beating the Spanish phenomenon in a major in 2022 and also guarantees Ruud and Alcaraz the chance to compete for the top of the rankings. With a sumptuous, at times surreal performance, the American tennis player highlights all the limits of a half-equal Nadal, rather predictable from the baseline and further intimidated by the American’s surrender in response.

That despite a gap in the second set, he unexpectedly restores the hierarchies, and in the fourth set he even slips a series of 4 consecutive games from 3-1 Nadal, apparently back in the game. Tiafoe thus closes at 6-4 4-6 6-4 6-4 and of course reaches the quarter-finals on the blue brick in Flushing Meadows for the first time in his career.

He ends the season in Grand Slams for the Mallorcan, who can still hope to console himself with the first position: fate is now in the hands of the two chasing. Awaiting Tiafoe in the quarter-finals is Andrey Rublev, Cameron Norrie’s executioner in three sets.