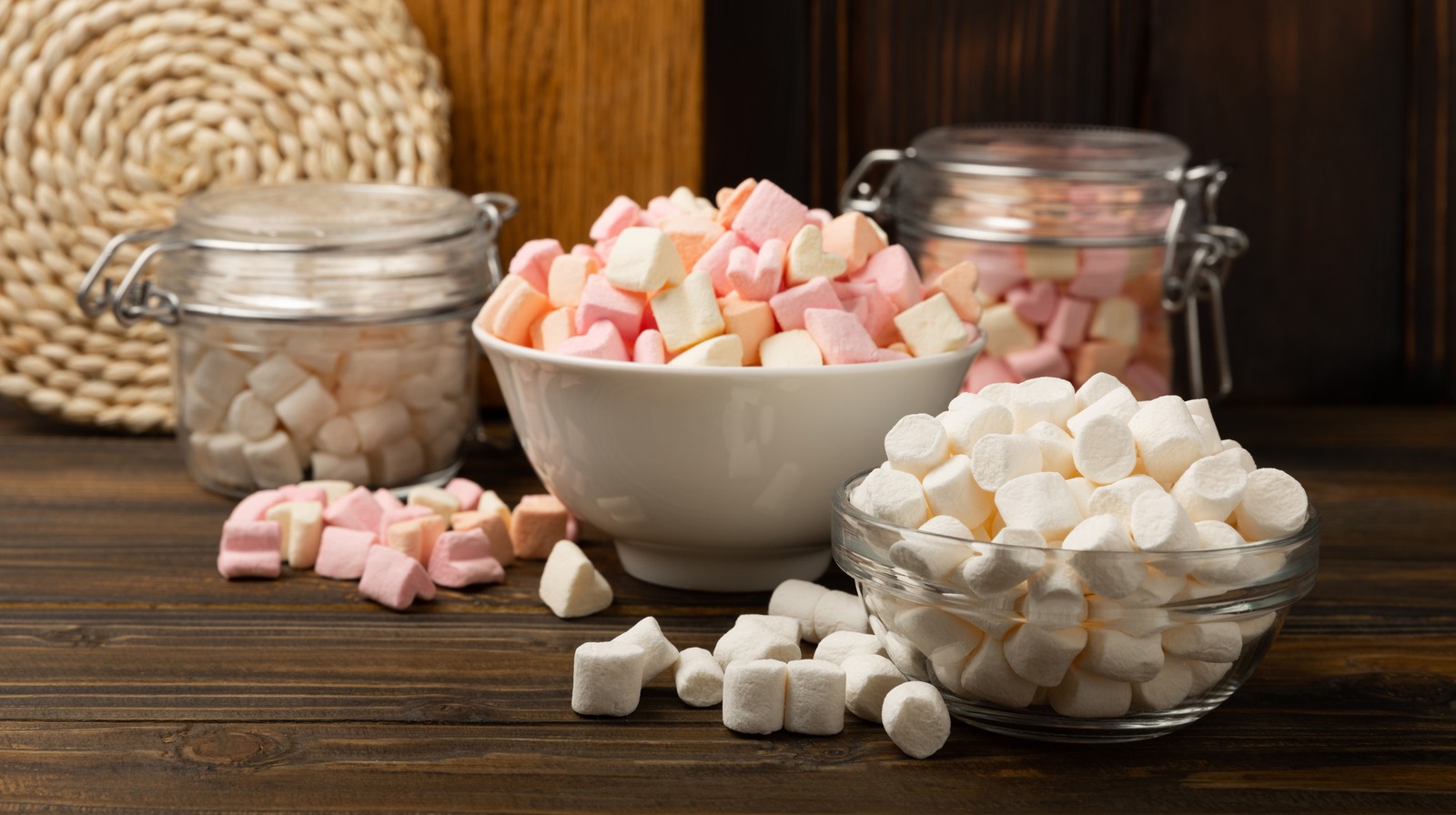 Gelatin is an important component of a marshmallow. The gelatin is what gives the marshmallow its shape, along with its fluffy, gooey texture (as per C&EN). However, gelatin isn’t vegan, so if you’re looking for a good vegan marshmallow, you’ll have to look for one that doesn’t contain any gelatin. Fortunately, there are vegan marshmallows out there, including the Dandies Vegan Marshmallows.

These marshmallows don’t have any gelatin, and they also contain no corn syrup, along with no artificial flavors. They’re a bit more expensive than your typical bag of marshmallows, but they taste surprisingly good, especially for vegan marshmallows.

The flavor of these marshmallows is impeccable. They’re sweet, and they taste heavily of vanilla. They don’t melt or burn as easily as regular marshmallows, so if you’re hoping to use them for s’mores, it’ll take a bit longer for them to heat up (via Amazon).

However, according to another reviewer, if you cut them up, they melt faster, and you could use them in recipes, such as your own homemade Rice Krispy treats. They aren’t the most expensive vegan marshmallow (or marshmallow in general, for that matter), so if you are looking for a good vegan marshmallow, Dandies marshmallows are definitely a brand you shouldn’t ignore.