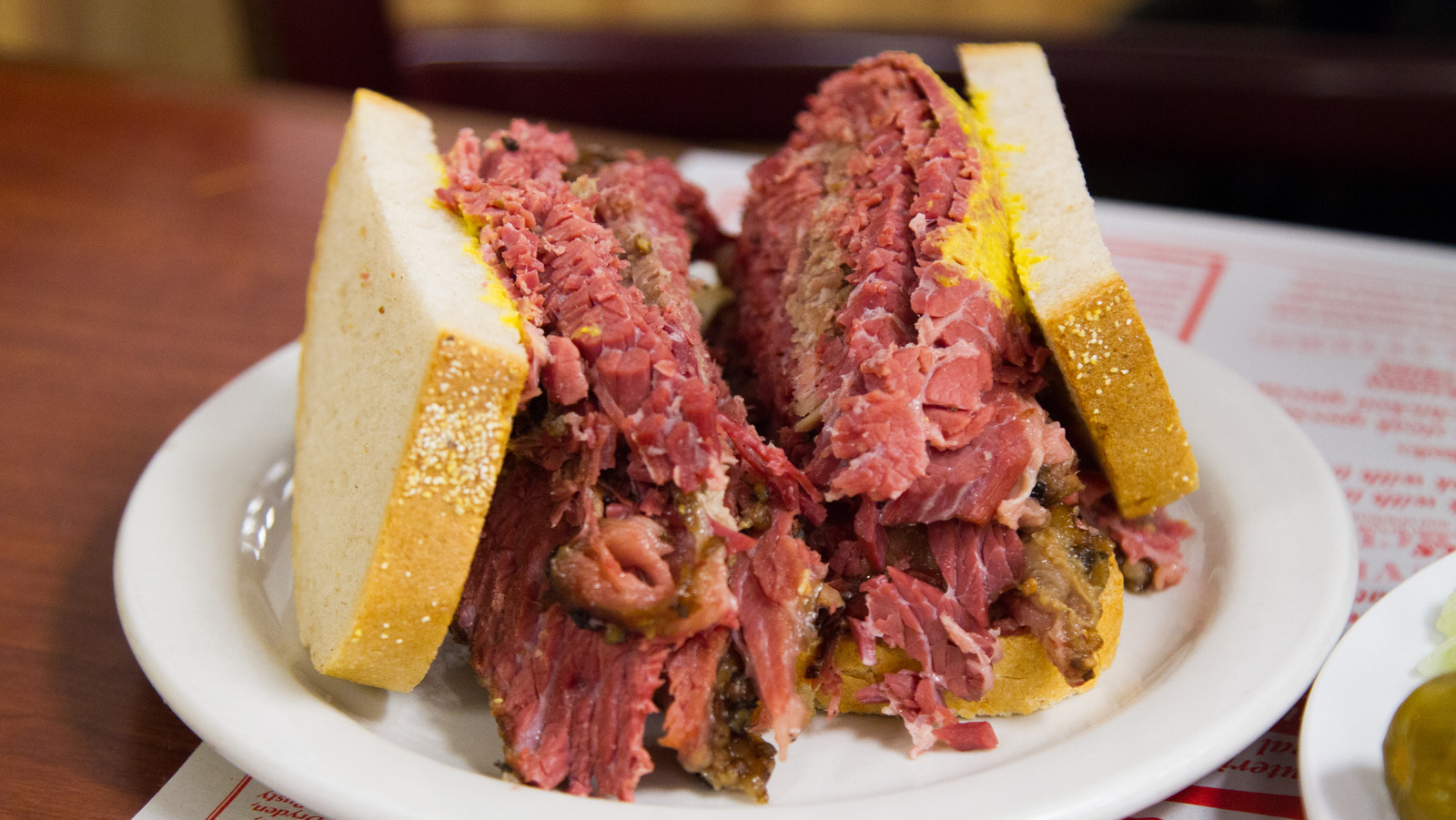 Like many traditional food specialties, Montreal smoked meat made the right way is a labor of love, and its preparation requires planning, time, and skill. According to Eiran Harris, archivist emeritus of the Jewish Public Library in Montreal, by tradition, the meat was first dry-cured in an often-proprietary mixture of salt and spices for between 12 and 20 days. While curing, the meat was traditionally stored in wooden barrels, where it marinated in its own juices. After the curing process, the meat was traditionally hung and smoked for between six and nine hours. While the smoking process reduced the volume of the meat by up to 25%, it also concentrated its flavor. During both curing and cooking, however, cooks needed to monitor the progress of the meat closely — the right curing and cooking times varied with the size of the cut, so no two pieces cooked the exact same way.

Harris noted that in recent years, however, some restaurateurs have adopted shortcuts to speed up the process. Many switched to wet brining — immersing the meat in seasoned brine and nitrates — which allowed the meat to be ready for smoking in only four days. (Some varieties, Harris said, are simply wet-brined overnight.) And today, nearly all delis serving smoked meat steam it before serving to tenderize the meat and restore its moisture. This practice, Harris explained, was likely adopted from American delis, which typically steam their pastrami before cutting and serving it.