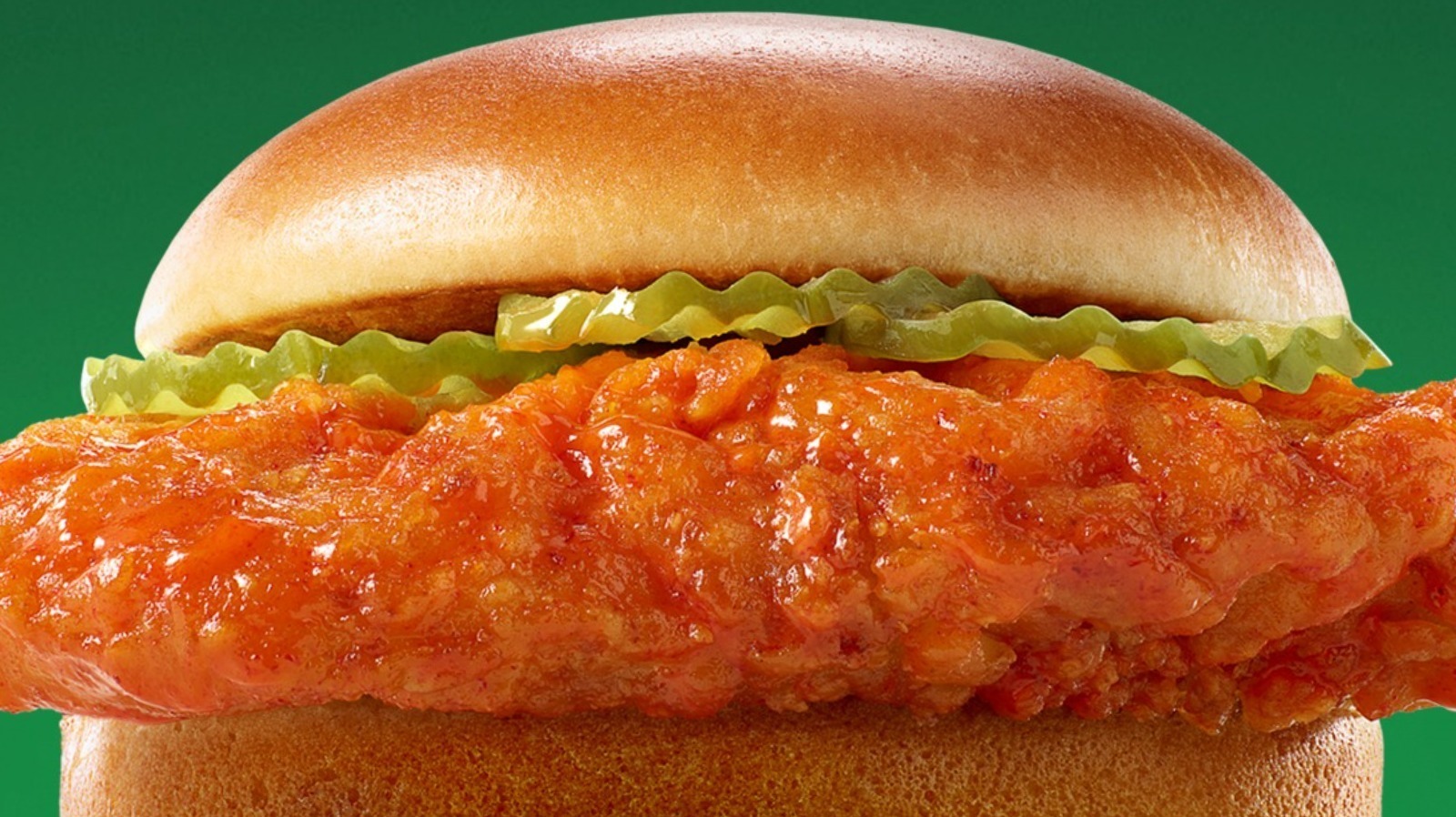 Wingstop took to Twitter this week to share the news. “Our 12 new chicken sandwiches are so good, they’re SOLD OUT,” the fast food chicken brand wrote. Despite having more than 1,600 locations nationwide, the craving for the hot-ticket item was more than the franchise could have imagined. According to QSR, the chain sold over one million chicken sandwiches in less than a week, eclipsing expected sales by 300%. It’s likely that the instant draw was due to Wingstop’s incessant teasers of the sandwich on social media, which included a “Chicken Sandwich Split” giveaway.

According to Twitter responses, however, Wingstop may have an even bigger problem on its hands: several people shared photos of undercooked-looking meat in their swiftly acquired chicken sandwiches. One user called the sandwich “such a disappointment,” adding that the item was “slightly undercooked.” Photos shared by two other users show their sandwiches’ undeniably raw-looking interiors. Wingstop hasn’t publicly responded to said comments as of this writing, but the brand says that it’s hoping to bring back the lineup as soon as possible.

Previous Post (p) From the Queen’s death to her funeral, here’s the order of royal events to come
Share