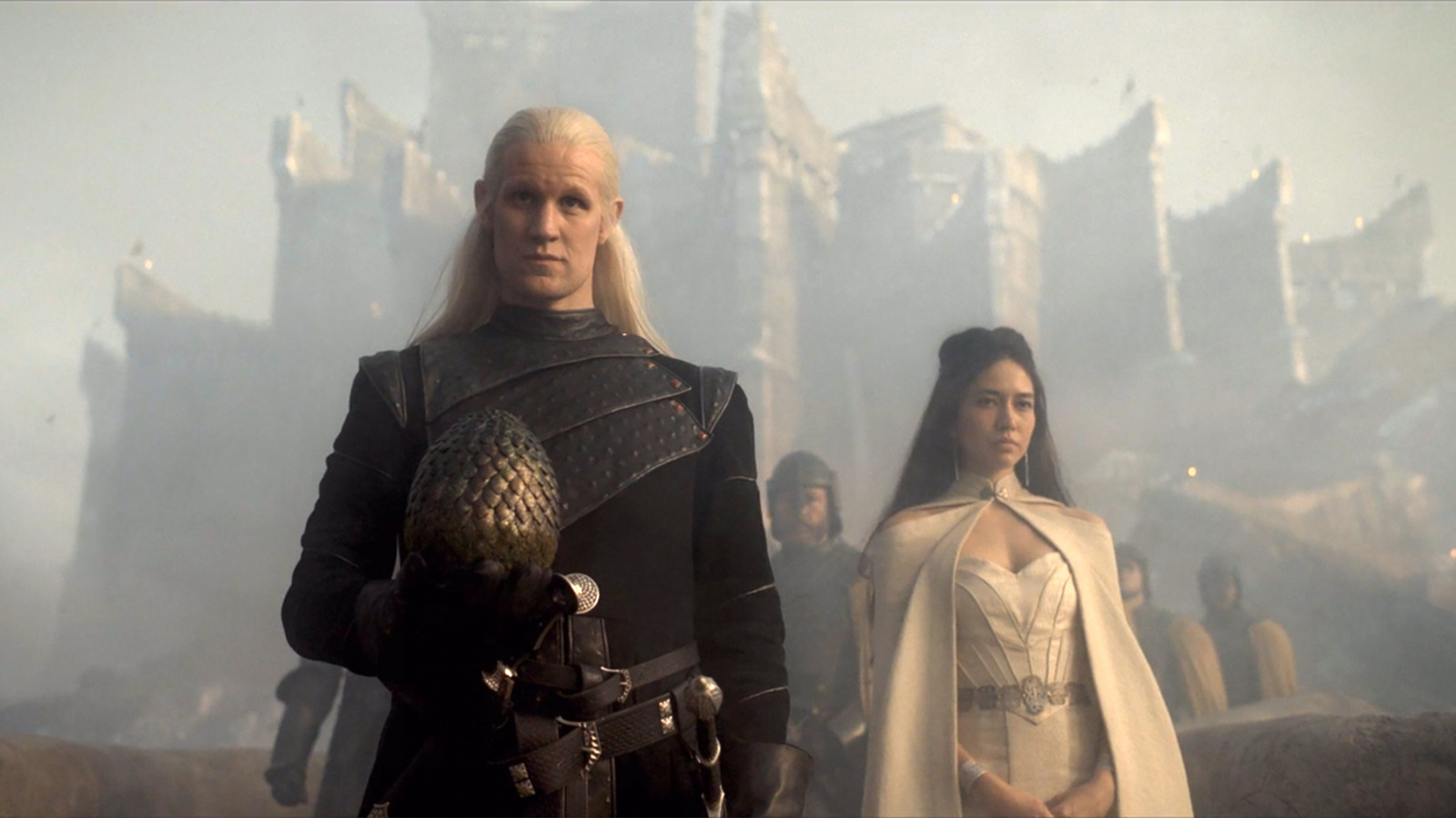 In a featurette played at the end of Episode 3 and proudly posted on Twitter, the series showrunners break down several aspects and their methodology behind such storytelling decisions. First and foremost, both Ryan Condal and Miguel Sapochnik said that this particular episode is about the end of childhood, and predominately focused on Daemon and Rhaenyra coming to terms with their respective lots in life. This is highlighted by Rhaenyra defending herself from the boar attack and the appearance of the white hart, but Daemon’s spotlight is literally marked by fire and blood during his one-man assault on the Triarchy’s forces.

The two showrunners said that the whole scene is meant to appear to be a suicide run, with Matt Smith adding that they wanted to show Daemon losing but at the same time coming out on top. Condal then stated of the battle sequence, “It was really meant to be an anvil where Daemon’s character could be forged. And he could go into the battle, and come out as a formidable force that had proven himself worthy of some reputation in Westeros.” Director Greg Yaitanes also said of the moment, “There’s no way that story would not have ended with his death, if not for the arrival of the cavalry. And that’s the thing I like about it, is that he came there to die, and he really meets death in the face and is reborn.”

Considering these words, it appears as if the true meaning of the battle of the Stepstones was to act as a crucible to further Daemon’s character, and to put special focus on his combat prowess and state of mind. This recklessness will probably become even more obvious in future episodes.