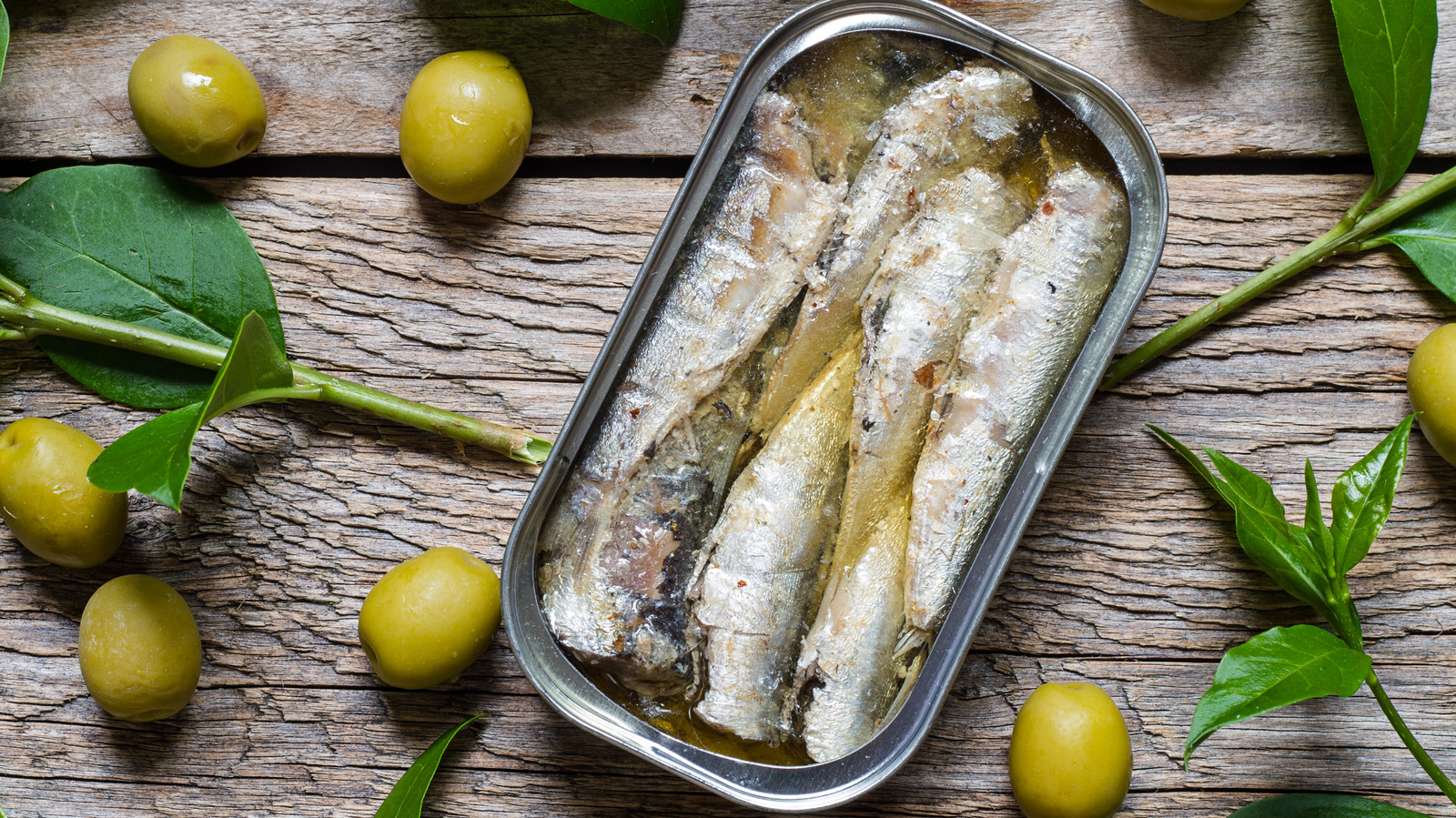 Trader Joe’s carries a variety of wild-caught canned sardines, as featured on the independent blog, Trader Joe’s Rants and Raves. Among the choices are sardines packed in olive oil or left unsalted in spring water. According to Cleveland Clinic, sardines offer benefits like omega-3s and Vitamin D which support your heart and bones. But it also warns about sodium. And in a side-by-side comparison, Redditors found that Trader Joe’s unsalted sardines have 300 milligrams of sodium. That is higher than the 210 milligrams of sodium in TJ’s boneless, skinless sardines in olive oil, whose package lists salt as an ingredient. What gives?

One user thought the “old salty Canadian water” the fish were caught it was upping the sodium content. User mmbopbadobadop”did a little Googling” and found that “the bones are where all the nutrients are.” Per the National Dairy Council, when eaten bones and all, sardines are a great source of calcium. However, it didn’t mention sodium content.

It probably doesn’t help that sardines from another brand might display different results. The Wild Planet Foods website lists its sardines in water without added salt as having 70 milligrams of sodium while its boneless skinless counterpart in extra virgin olive oil, which has added sea salt, contains 200 milligrams.

Furthermore, there are multiple differences in TJ’s sardines, including product weight. Trader Joe’s Sardines in Spring Water have a drained weight of 84 grams while its oily counterpart comes in at only 80 grams.